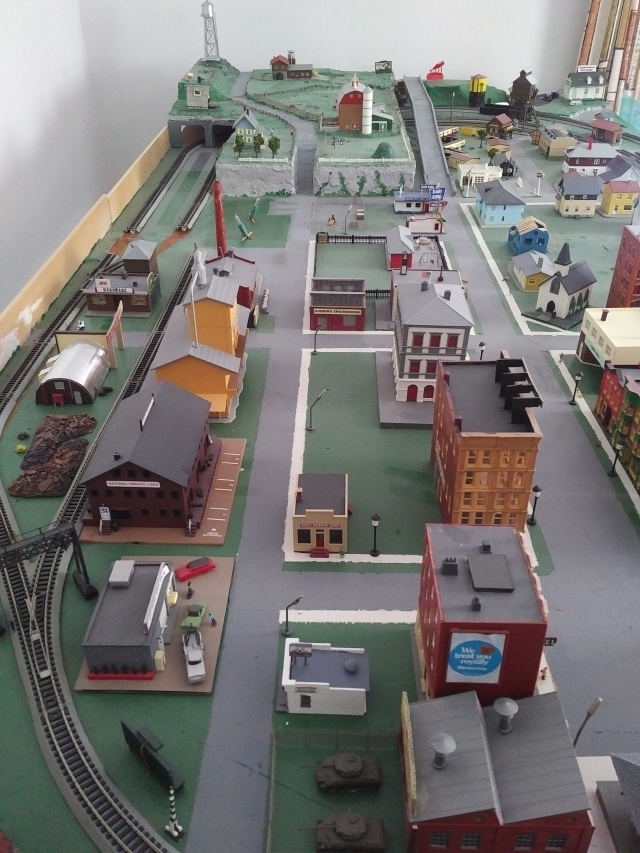 About this time last year, my great Uncle Dan passed away. Uncle Dan was a cool guy who collected interesting stuff and built this killer train set over the course of several years.

It is built on a sheet of plywood, cut in half. Uncle Dan was a city planner and the layout is very accurate, including most every conceivable zone, service and class of living.

When I traveled to Rhode Island (it was a neat road trip through Canada and New England) for the funeral, while visiting with the relatives at Dan’s house, I noticed the train set and it came up in conversation. My relatives weren’t quite sure what to do with it (it is rather large and wasn’t fully functional at the time) and after thinking about it for a while, I said I’LL TAKE IT HOME AND FIX IT UP.

So I did, but not right away. I had to come back about a month later with my mom’s car, to which we affixed a trailer hitch for the purpose. As I mentioned, the train set is on a sheet of plywood, which would not fit in a regular car.

After getting the train set home, I unloaded it into my spare bedroom, where it sat while I began painting the inside of the house.

When I finished painting the pictured room, which is now my home office, I decided the light fixture just wouldn’t do, so I moved the one from the now train room into the office. In doing so, I somehow broke the wiring in the outlet and didn’t realize it until later on when I attempted to install a new light in the train room so I could paint it. I am smart enough to know I’m an idiot and chose to move on to another room, rather than mess more things up trying to repair the wiring, which I am wholly unqualified for.

Fast forward to the other day. While fixing the air conditioning with my friend, he recommended we go in the train room and sort the light out while he was around and get it over with. So we did and now there is glorious light in the train room. 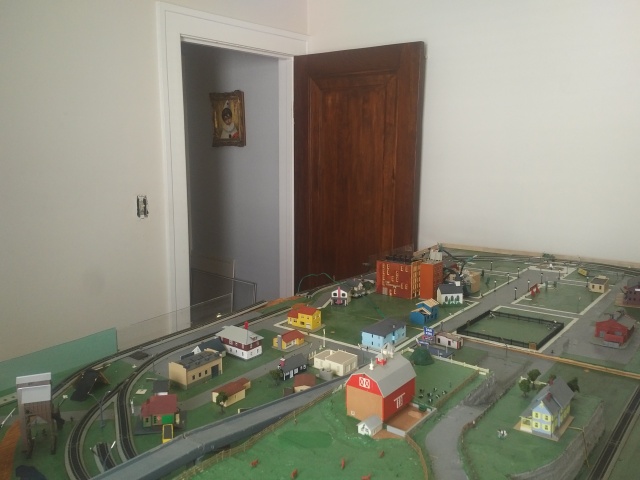 Now the room can be painted, the train set returned to it’s former glory and maybe I can take a nap!

As always, thanks for reading along!

Also, don’t forget to check out my rally goose e-commerce project! Buying rally geese will help me pursue all my weird hobbies, write about them and entertain you!